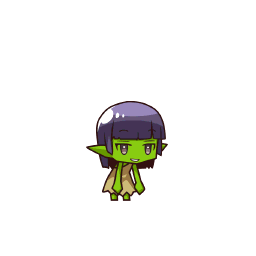 As a Goblin in the mobile game 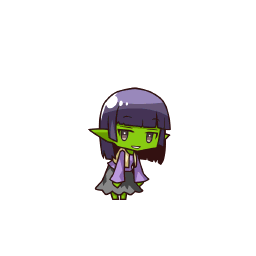 As a Hobgoblin in the mobile game 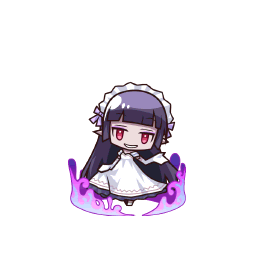 As a Fimerotto in the mobile game 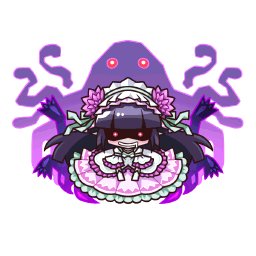 As an Adelheid in the mobile game

Fu is one of the goblins from Rou's generation. Like Me, she at first is one of the minor members of Rou's group, but later, after ranking up several times, her abilities allow her to stand out and she plays a much larger role as one of the 8 Demon Generals.

She is a lively and imaginative girl.

She seems to linger around after a hunt, snacking on and collecting meat that seems spoiled to others. She has an unusual laugh.

She seems to have disturbing interests - but also likes cute things. She likes “fermented” meat that seems rotten to others.

Fu doesn't have the greatest of personality traits. She prefers to spend time with corpses and the undead. If the smell of rotting flesh wasn't bad enough, after gaining the God of Corrosion's blessing she rusts and corrodes anything she touches, so no one wants to be near her. This plus all the rumors going around about her tend to make her socially withdrawn. Fu is also a big fan of BL, frequently thinking of her favorite imaginary pairings.

She often talks of corrupted delusions of debauchery.
She lives life at her pace and invites other girls to her “Sisterhood” some kind of hobby group. One of their topics is “Boys’ Love Stories”. She preaches the “truth” of her fantasies like a missionary.

After Fu ranks up to Ghoul, most of her body's flesh became rotten with a delicious taste according to Rou.
With the pale face skin, there is a black tattoo which is similar to others crafted onto it (on her calves in the manga). Her hair becomes black.

After ranking up to Fimerotto she no longer looks like a rotting corpse and her appearance becomes beautiful though she still has lifeless looking skin (if it weren't for the smell, you probably wouldn't know she was undead).

Some chose her as one of the beauties of Parabellum - but others demanded her exclusion because of her repulsive characteristics.

She seems more fragile - but her crazy eyes always give off an eerie, dim glow. She has a twisted smile.

Note that although the kanji for her "Fu" name changes...it actually does not change how it's read. It's still read as "Fu". ^^

Irofu and Seiji now part of the 8 Demon Generals

Mentally prepared to train with Aporou 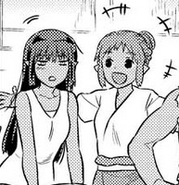 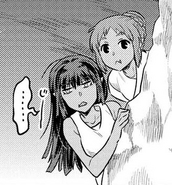 Fu and Me intrigued by Ogarou's new power

Fu and Me getting some corpses... 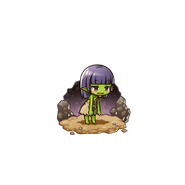 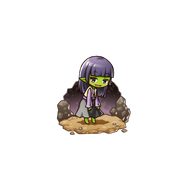 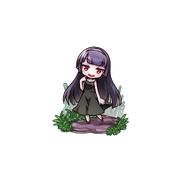 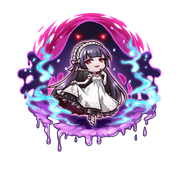 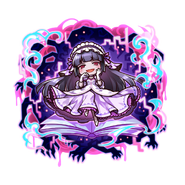 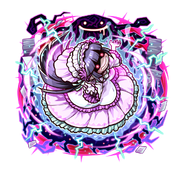 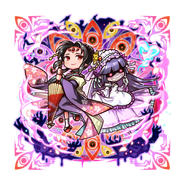 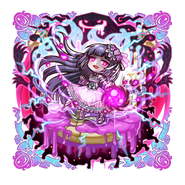 Aifu on the Dark Continent 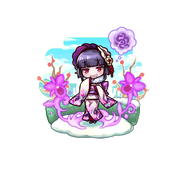 Aifu【Corruption of the First Dream】 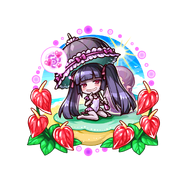 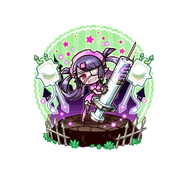 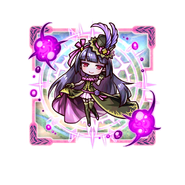 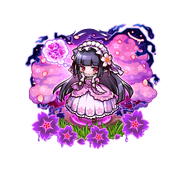 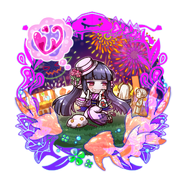 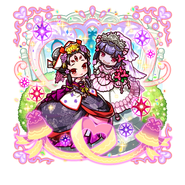 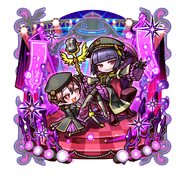 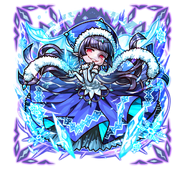 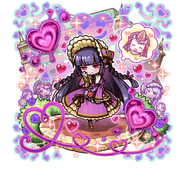 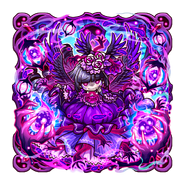 Fu having transcended and become the【Goddess of Jest】
Add a photo to this gallery
|-|Game Dialogues (?)=

Add a photo to this gallery
|-|Game Dialogues (A)=

Fu was able to use some magics although she's inferior to Sei-san.

She may able access to the skill of magics. According to Rou, she gave off a strong aura of danger.

The enemy cannot focus on battle when nearby her.

As a basic ability of this race, Fu is able to eat the souls of others.

She can instantly corrode what she touches directly or through her weapons - and she overwhelms enemy’s noses with various strong odors and puts intense mental pressure on her surrounding enemies with her very presence.

She is able to turn her surroundings into masses of poison that also corrode what they come in contact with.

The corrosive mist she generates is strong enough to discourage the Crimson Dragon Emperor from wanting to come into contact with it.

In addition to a boost of all of her previous corrosion and poisonous abilities (to the degree that she can disintegrate projectiles before they even reach her), she can now cause strain and pollution to the minds and souls of all others around her, making it hard to fight her up close. She can also generate visions in people's minds of their acquaintances to torment them in any way that Aifu sees fit.

She is also now able to generate tentacles of necrotic energy to disintegrate her foes as well.

Rou also remarked during the Hell Week Festival that her physical combat abilities are also quite high.

Retrieved from "https://re-monster.fandom.com/wiki/Fu?oldid=117613"
Community content is available under CC-BY-SA unless otherwise noted.