View source
watch 01:36
We're Getting Mutants in the MCU - The Loop
Do you like this video?
Play Sound

Items or magic item are word used in world of Re:Monster as something could be used or equipped for many purposes. Just about everything is an item. For the purpose of this page, listed items will be mostly magic items or items that are named or detailed. Items can be divided into two Classes:

There are 7 Ranks, starting from the weakest and most common, to the strongest and the rarest: 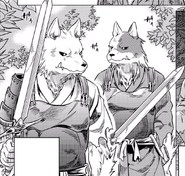 They are items made of regular materials like iron. Although they have varying quality, they don't have abilities.

Gobukichi inspecting his new round shield

Those items are crafted using rare materials and superb crafting methods. They have abilities or at least a special effect. 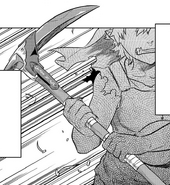 Special items rarely found that can be considered as national treasures in small countries.

Items holding multiple abilities, most of them are artifacts.

This shield is a rank up gift to Kichi after he becomes an ogre. It is almost as tall as Ogarou

The family heirloom of Father Elf's clan given to Rou for saving his daughter. This was later given to Mi due to her ability as a long ranger 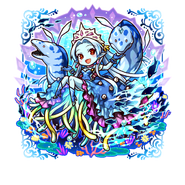 Kanami wearing Vesper's Outer Shell: Octorp. When she wears it, it takes on a different shape becoming a dress a tiara with tentacles instead of the normal form of an Octorp 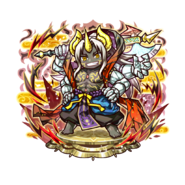 Ovarou armed with his halberd Nagi

Eisen Ritter, the leader of the second brigade, "white Snake", holding his Barbed Spear of Cursed Wounds while leading his elite unit in the forest

Items that have multiple powerful abilities like Ancient Rank items, but much stronger. All of Legendary Rank items are Artifacts. Mostly gained by conquering 【Age of the Gods】 Dungeons. 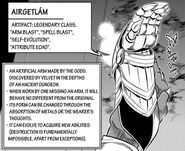 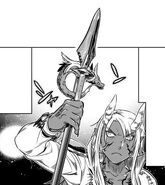 Aporou equipping the bracelet, Beowulf, before he reaches Avenger's village

The highest class of item. Mostly gained by conquering 【Age of the Gods】 Dungeons or given to people that recieve and achieve a God's full blessing like heroes who are fully awakened. 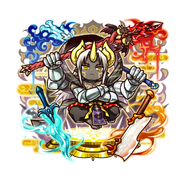 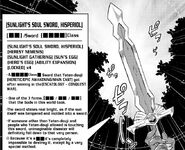 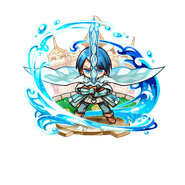 Items not yet categorized 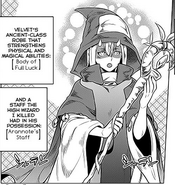 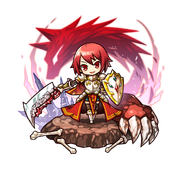 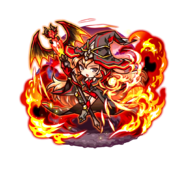 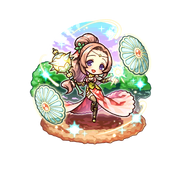 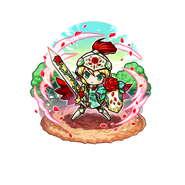 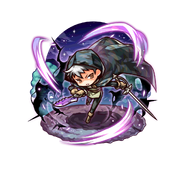 The Usurper (from Avenger's cast) wearing [Shadow Stitched Camouflage] and wielding [Stone Rose Estoc] in his left hand and [Venom Butcher Knife] in his right hand
Community content is available under CC-BY-SA unless otherwise noted.
Advertisement